at 3 pm
City of Alba

Guided tours on the roads of Alba’s business culture

On the occasion of The International Alba White Truffle Fair and thanks to the collaboration of Confindustria in the year following Alba’s nomination as Capital of Business Culture, Turismo in Langa is offering the people of Alba and tourists an unusual way to visit the capital of the Langhe. Every Sunday, in fact, thanks to the Alba industriale guided tour, it will be possible to visit the historic town centre with a guide, travelling back in time to discover the sites of Alba’s industrial archaeology, the birthplaces of the great companies that are now famous throughout the world, and to meet the great personalities and dynasties of entrepreneurs who, with their intuition and work, have made our town great: Ferrero, Miroglio, Giacomo Morra, Pio Cesare, Don Alberione and many others.

The tour lasts about two hours, starting from Piazza Pertinace, the former site of the silkworm market.

To take part in the tour, simply book by filling in the appropriate form at www.turismoinlanga.it. The cost of the activity is 8 euros per person and is free for children under 6 years of age.

Alba is an internationally renowned tourist destination, the capital of wine and food and a treasure trove of precious art treasures. There is, however, another story of Alba celebrated with the nomination as Italian Capital of Business Culture 2021: it is the story of a very different Alba from how we perceive it today, an industrial city, in ferment, where people produced and traded what was produced within the historic centre, or a little further afield.

After the success of the first events, on the occasion of the 92nd edition of the International Alba White Truffle Fair, our association bets on this unusual way of discovering Alba and proposes, for the Alba inhabitants and tourists, the guided tour “Alba industriale – sulle strade della cultura d’impresa albese” (Industrial Alba – on the roads of Alba’s business culture), an activity that will enrich Alba’s cultural offer on Sunday 9 October and for all Sundays until 4 December at 3 p.m., starting from Piazza Pertinace.

In two hours you can discover hidden and secret places, identified with the eye of the researcher and the curious, that tell of a city and a society that has now disappeared, but is still able to influence the present. The route touches on the main industrial sites in the centre of Alba, to retrace the memories and stories of the entrepreneurs and workers who worked there for decades.

The great entrepreneurs: the Ferreros, the Miroglios. Extraordinary dynasties and personalities, whose intuitions created the conditions for the city’s industrial, tourist and commercial development. But how many people know where the first Miroglio shop for the fabric trade was? And the first factory for their production? Or where the Ferrero family’s first pastry shop with laboratory was? And the location of the first factory, which became necessary when the original spaces were no longer sufficient to meet the demand for the delicacies invented by the family founders?

There is no shortage of great intuitions by Fr Giacomo Alberione, blessed, publisher, ‘industrialist’, founder of the Congregation of the Pauline Family and the publishing house Edizioni San Paolo. Or Giacomo Morra, who made his Hotel Savona the world centre for the consumption and promotion of the Tuber Magnatum Pico, the white truffle of Alba, which was named after him. Or, again, Pio Cesare, founder of the winery of the same name and producer of the wine that carries the name of Alba and the Langhe around the world, whose cellar remains, today, in the historic centre of Alba. But that’s not all: all industrial activities need energy to function: and here is Egea, heir to Alba’s first electricity production companies, which today is a nationwide industrial group.

Talking about the headquarters of industry in Alba also means rediscovering the sites of the proto-industries of the late 19th century, which today are true sites of industrial archaeology. Here, then, the sawmill, the nail factory, the public washhouse, the barrel factory, the ice factory and the old slaughterhouse emerge from oblivion: places of absolute post-industrial fascination, whose walls enclose the stories of hundreds of workers, entrepreneurs and suppliers who animated the first outskirts of Alba in a sort of productive self-sufficiency, necessary at a time when the movement of men and goods was long and difficult. 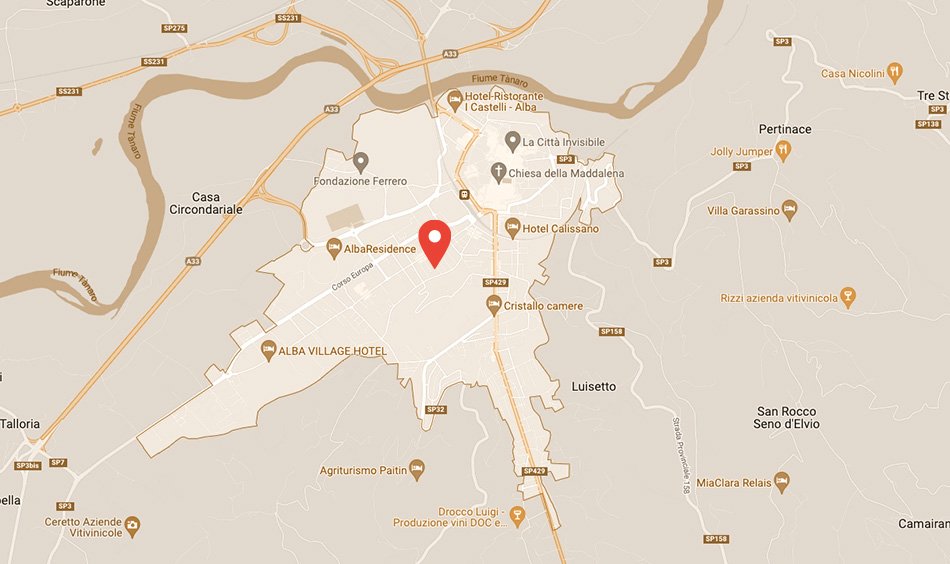 Alba is a city nestled in the hills of southern Piedmont, an ideal centre between the Mediterranean Sea and the mountain range of the Alps; the beating heart in the middle of the Langhe, Alba is surrounded by an extraordinary landscape rich in nature, vineyards, hazelnut groves and woods with unique colours; a landscape shaped by humans, rich in history, traditions, picturesque villages, castles and bell towers.