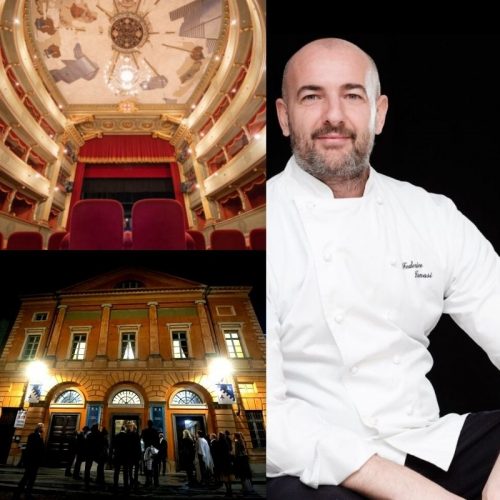 A unique opportunity to enjoy the enogastronomic richness of our region and its rarest and most precious product: the Alba White Truffle, but also the extraordinary cultural heritage of Alba, a city with pre-Roman origins, with a wealth of archaeological finds and evidence of its glorious past, known throughout the world for its products of excellence and, since October 2017, named Creative City for Gastronomy by UNESCO.

The desire to bring authenticity to an informal space, where tradition and gastronomic history are interpreted in a modern key, has driven Chef Federico Zanasi along unusual paths that earned him a Michelin Star in 2019.
Traditional preparations are combined with new formats: Italian and Spanish cuisine are merged, with ingredients from the first one processed as tapas.

Teatro Sociale is one of the most beautiful and historically rich cultural facilities in the city of Alba
It is well-known and kind of unique throughout Europe for its “double” structure, consisting of a historic 19th-century “horseshoe-shaped” hall, a modern hall with stalls and gallery, and a stage located right in the middle.

At 7 p.m. guided tour
At 8 p.m. dinner
The Alba White Truffle is included
The menu is specially designed for the event.
No variations will be possible in the menu, however, please report any allergies or particular dietary regimes by sending an email to info@fieradeltartufo.org before proceeding with the purchase of tickets, to ensure that we can meet your needs. 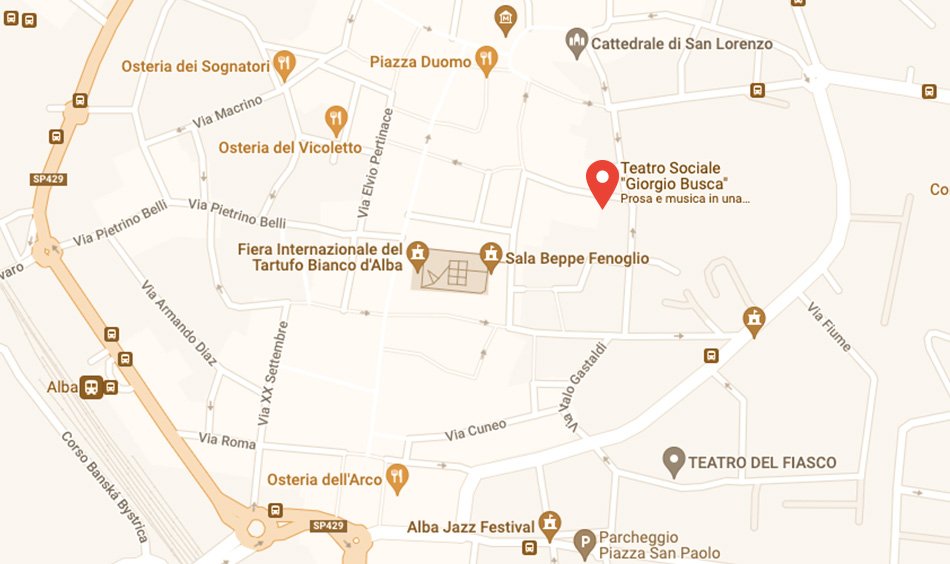 Alba's "Giorgio Busca" Teatro Sociale is one of the most beautiful and historically rich cultural facilities in the city of Alba. In its premises, a high-level theatre season is organised every year featuring concerts, presentations, meetings and conferences. The double structure, with a historic 19th century horseshoe-shaped hall, a modern hall with stalls and gallery and a stage located right in the middle, makes the Teatro Sociale a unique building in Europe. 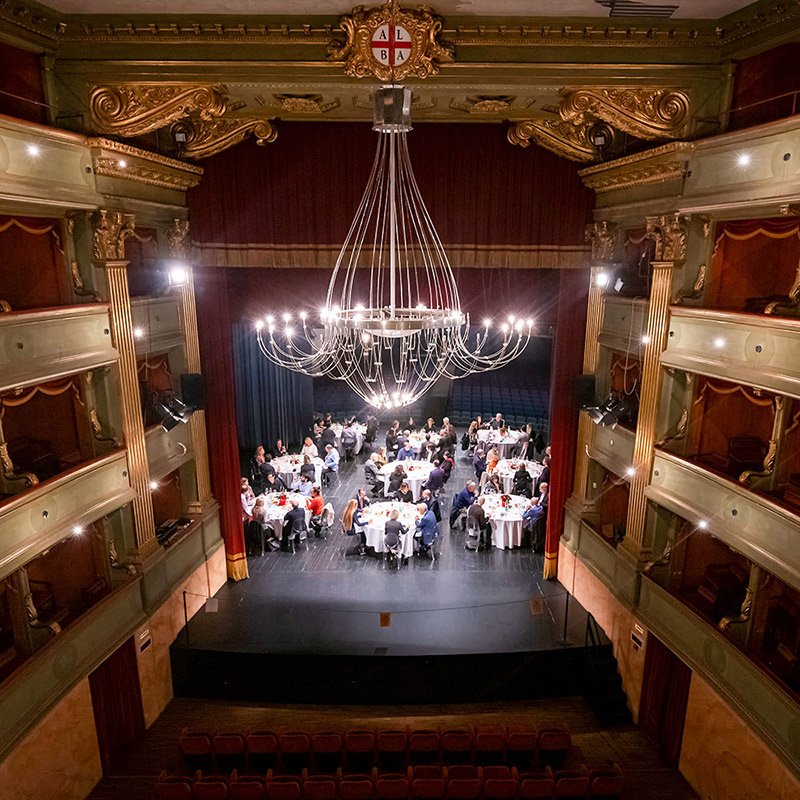