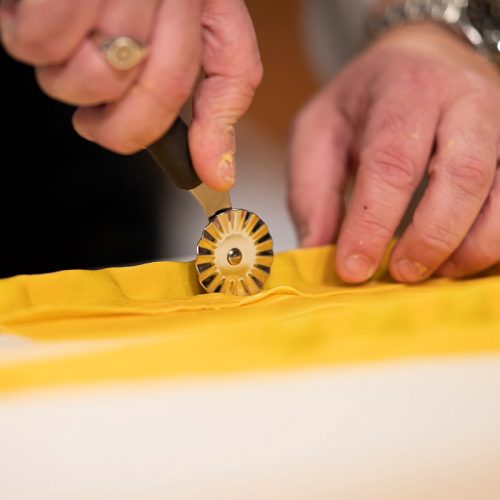 “Life is a combination of pasta and magic” – Federico Fellini

Piedmont has a very ancient history and its gastronomic origins are deep-rooted in the history of this region. Absolute protagonists are the various formats of fresh pasta.

The “Fresh Pasta Ateliers” are an extraordinary opportunity to learn the secrets of home-made egg pasta, which finds its perfect balance in the combination with the Alba White Truffle.

You will learn all the basic skills and recipes to make fresh homemade pasta. A short practical course to go home with a wealth of knowledge that is as tasty as it is valuable.

At the end of the class there will be a tasting with the products made by the chef!

Fulvio Siccardi is a multi-starred chef with proven experience. Born in Turin in 1969, he took his first steps in the kitchen at Cascinale Nuovo when he was very young, where the Ferretto family provided him with all the skills he needed to become a capable and talented chef. After gaining experience in several hotels and luxury resorts and learning about teamwork and large numbers, he worked for a year at the Osteria dell’Arco in Alba before moving to the Castello Rosso in Costigliole di Saluzzo in 1998 as chef, where he created a low-calorie cuisine for the guests of the wellness centre, without ever losing his passion for merging influences and experimentation. In 2000 he succeeded Carlo Cracco in managing the restaurant Le Clivie in Piobesi d’Alba. He received his first Michelin star in 2002.

Fulvio Siccardi opened the Conti Roero restaurant in Monticello d’Alba together with his wife Lucia: thanks to this activity, in 2005 he earned his second Michelin star and, in the course of his career, further acknowledgements including entry into the Stelle del Piemonte (Piedmont Stars), a group of starred restaurateurs chosen by the region to spread Piedmont’s culinary tradition around the world. Since 2008 he has been working as a consultant in various local restaurants, as well as collaborating with exclusive companies such as Monteoliveto di Casà Monticello d’Alba. At the same time, his career has also been consolidated abroad with various contributions in prestigious venues including the Four Seasons and in cities such as Prague, Copenhagen, Bangkok, Tokyo, Stockholm and Madrid. Since January 2012 he has been working on the creation of the new restaurant “Da Noi In”, located in Via Forcella, inside the new Hotel Magna Pars Suites (5*****) Milan: the restaurant is inaugurated at the end of January 2013 and Fulvio Siccardi is the executive chef. The restaurant is included in the best Milan and Italian guides. In the following years, he continued his consultancy work in various renowned kitchens. He also collaborates with Antares Way in Milan, which deals with events and private dinners.

In May 2018, he and his partners started a laboratory for the production of fresh filled pasta, not frozen but cryo-blasted, under the name “Albagnulot&Co Srl” and branded as “I Tre Chef”.

The Alba White Truffle is not included in the fee and, for those who want it, the price will be determined according to daily quotation.

If you buy at least one ticket for 3 DIFFERENT EVENTS between Sensory Truffle Analysis, Wine Tasting Experince, Fresh Pasta Atelier, Cooking Show, you get a 15% DISCOUNT! 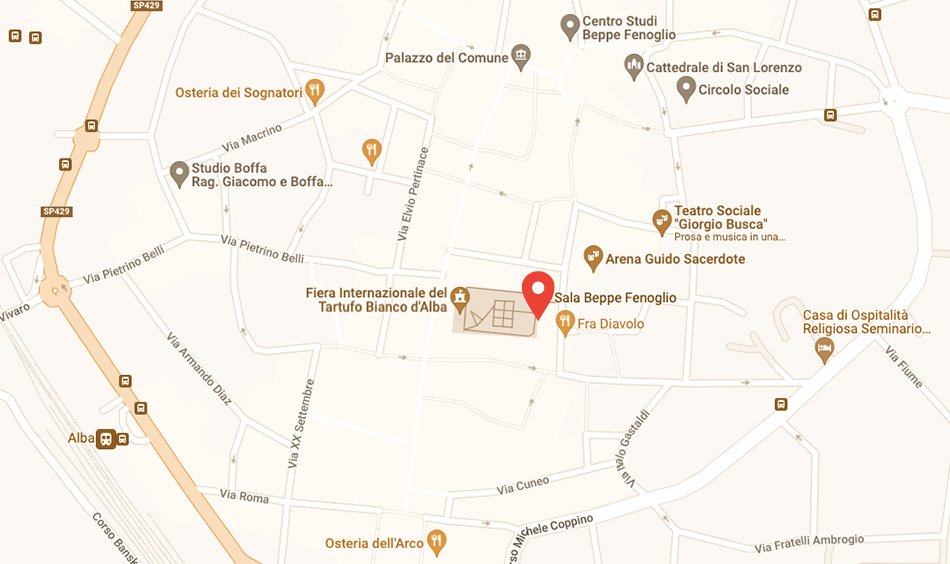 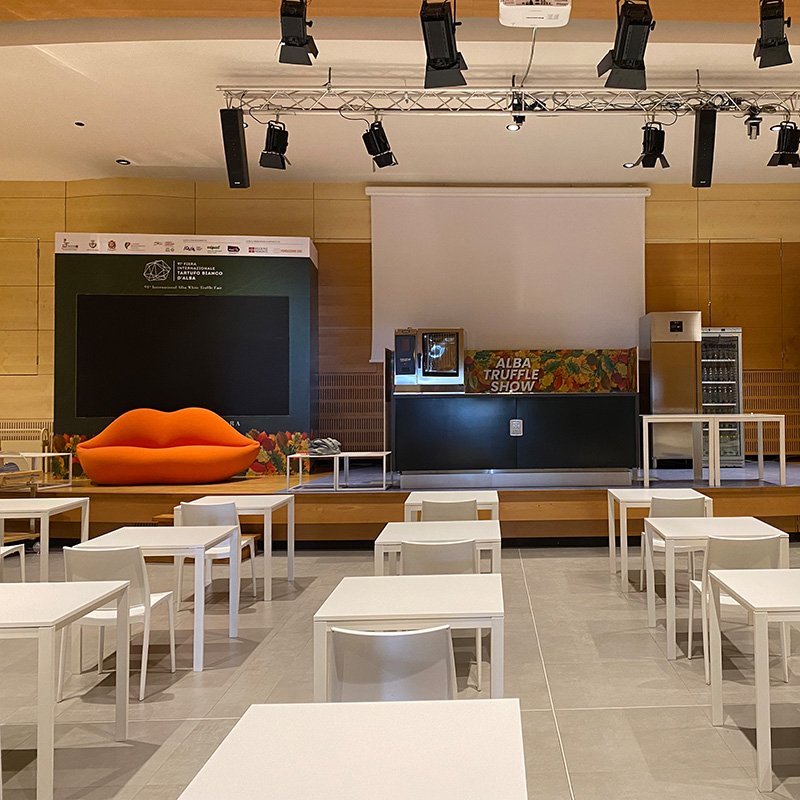