“TIME IS UP”: THE CURTAIN FALLS ON THE 92nd EDITION OF THE FAIR 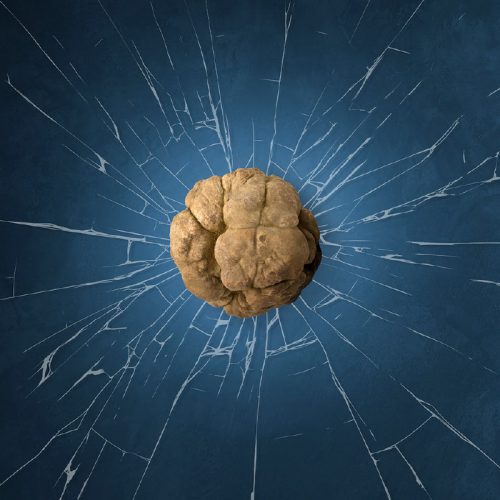 Over 95,000 visitors to the Alba White Truffle World Market, with a focus on sustainability to combine signature and traditional cuisine.

The mists of early December, with the colours of the woods dropping their wonderful autumn foliage in preparation for the first snows that will hopefully cover the hills of the Langhe, Roero and Monferrato: these are the signs that, every year, mark the end of the International Alba White Truffle Fair, a fair where the poetry of the nature of these hills and the traditions tied to truffle hunting and its extraction are combined with the amazing prestige of haute cuisine, capable of providing unforgettable emotions.

Hence the curtain falls on this 92nd edition, named “Time is up”. with a strong reminder of the urgency tied to climate change and a focus on the theme of sustainability – not only environmental, but also economic and social -, underlining the latest turning point that has marked the event, which has increasingly become an international showcase and a cultural, as well as enogastronomic, reference point.

One element, above all, has marked the 92nd edition of the International Alba White Truffle Fair: the great return of foreigners, and in particular long-haul tourism. Over nine weekends (from the inauguration on 3rd October, in the presence of the President of the Italian Republic Sergio Mattarella, to the end on 4th December, with an early weekend dedicated to folklore at the beginning of October), the Alba White Truffle World Market, in the Cortile della Maddalena, together with the Albaqualità exhibition, saw the presence of more than 95,000 visitors: a significant number, in line with past editions.

The figures for arrivals are also noteworthy, with visitors coming from 70 countries around the world and with an attendance of over 80% of foreigners at the experiences offered by the Fair – cooking shows in particular, always sold out -, including many visitors from the USA, Brazil, Asia (South Korea, Japan, Hong Kong and Taiwan), alongside those from the more established European markets.. Sell-out also for the cooking classes at the Castle of Roddi, the taste workshops and pasta ateliers at the Sala Fenoglio, the the Alba White Truffle sensory analysis and the wine tasting experience.

Finally, it is worth reflecting on the economic spin-off: every euro spent to buy truffles at the Fair will generate around 20 euros spent in the area, including accommodation facilities, restaurants and shops, with a turnover of around 150 million euros tied – directly and indirectly – to the International Alba White Truffle Fair.

Amidst confirmations of well-established formats and brand new entries, the edition that has just ended turned out to be a rich one.  Among the major debuts – thanks to the renewed collaboration with Microsoft Italia, along with the golden partner for Mixed Reality “Hevolus” – this year the Truffle Fair has landed on the Metaverse, with a hint (presented during Tuber Primae Noctis, the Truffle New Year’s Eve celebrated this year at the Castle of Grinzane Cavour, as part of the VI Global Conference on Wine Tourism) of what could be the medium-term fruition of a tourist destination, in a hybrid form between fiction and physical presence.

It was also the first time for the Fair after the UNESCO recognition of the “Truffle hunting and extraction in Italy” as an intangible cultural heritage, with the anniversary celebration – organised together with the Centro Nazionale Studi Tartufo (National Truffle Study Centre) over an entire weekend – reaching its climax with the awarding of the “Ambassador of the Italian Truffle” recognition to Radio Deejay speaker La Pina, who has been providing a precise and passionate narration on the world of the most prized of hypogean mushrooms for years.

In its second edition, the well receieved “Sostenibilità Incrociate” (Crossed Sustainability) event was a great success. the cycle of meetings – co-produced by Class Editori – that for three days brought together seemingly distant worlds to discuss the highly topical issue of sustainability from a social, economic and environmental point of view. Within the framework of the event – which sees the continuation of the path towards ISO 20121 certification, with the implementation of international standards on sustainable event management – the “Dawn to Earth” award was also assigned. Currently in its second edition, the event was organised in collaboration with gastronomic curator Paolo Vizzari, and awarded the game changers Chiara Pavan and Francesco Brutto, Chef of the Venissa restaurant in Mazorbo, because of their commitment to ”environmental cuisine”.

A separate special mention needs to be made of the folklore events, which, thanks to the work of the Giostra delle Cento Torri and the volunteers of the nine Alba Boroughs, opened the month of October with the Historical Re–enactment in costume and the Donkey Palio: the tradition-related events were also enriched by the return of the Boroughs Bacchanal, featuring street food from the Alba boroughs, and the debut of the Music Bacchanal, which revived medieval atmospheres throughout the old town.

Among the events that are now well-established is the extremely rich calendar of cooking shows held at the Sala Beppe Fenoglio: the 40 events offered, always sold out, dedicated to gourmets from all over the world who came to experience the best possible pairings between excellent cuisine and Tuber magnatum Pico. A whole weekend was dedicated to Creative Moments, which, after last year’s successful debut, saw the City of Alba play a leading role – together with Bergamo and Parma, the three Italian Unesco Creative Cities for Gastronomy – through a twinning with the cities of Rouen (France), Cochabamba (Bolivia) and Bohicon (Benin).

The Unusual Dinners, outstanding events organised in out-of-the-ordinary settings, with culinary proposals by internationally renowned chefs, are always more than appreciated. Noteworthy dinners, along with those at the Teatro Sociale “Busca” in Alba, include those at the Kartell Bistrot Panoramic in Punta Helbronner – thanks to the collaboration with Skyway Monte Bianco, in the highest restaurant in Italy at 3. 466 metres -, at Perno Castle and at Italdesign Giugiaro in Moncalieri, for an immersion in the excellence of Made in Italy in-between prototypes and vintage cars.

On the “Truffle and Wine” theme, to reinforce the winning combination of the Alba White Truffle and great Piedmontese wines, the partnership with the Consorzio Alta Langa DOCG and the Consorzio di Tutela Barolo Barbaresco Alba Langhe e Dogliani has been consolidated, further enhanced by the collaboration with the Strada del Barolo e grandi vini di Langa to host and welcome to Fair producers and wines from Burgundy during a dedicated weekend. Still on the subject of wine, the traditional Wine Tasting Experience, held this year in the halls of the “Federico Eusebio” Civic Museum of Archaeology and Natural Sciences, could not be missing, as well as the date with La Vendemmia, one of the most eagerly awaited events of the Milanese autumn, conceived and promoted by MonteNapoleone District. Last but not least, the second edition of “Barolo en Primeur”, an international charity auction – organised by the Fondazione Cassa di Risparmio di Cuneo, together with the Fondazione CRC Donare in collaboration with the Consorzio di Tutela Barolo Barbaresco Alba Langhe e Dogliani – in support of socially useful projects, was held in the scenic setting of the Grinzane Cavour Castle.

The same Castle was the protagonist of the Alba White Truffle World Auction, now in its 23rd edition, during which all previous records were broken: during the most international auction ever, with live streamings from Hong Kong, Singapore, Vienna, Seoul and Doha, a record-breaking sum of over 600,000 euro was raised – entirely destined to charity projects -, with the final lot sold for 184,000 euro, that was flown to Hong Kong.

Also of great quality was the 555 gram specimen, presented by Tartufi Morra and awarded by Reale Mutua with the Tartufo Reale award, while the Alba Truffle Kids area was set up again and open for all children in the Palazzo Mostre e Congressi named after Giacomo Morra.

The Truffle Hub in Roddi was once again a key venue in this 92nd edition, hosting dinners and events as part of the “Eccellenze del Piemonte in Vetrina” (Piedmont’s excellence on showcase) enhancement project, implemented in cooperation with the Piedmont Region’s Tourism Department, the regional DMO Visit Piemonte and Piedmont’s ATLs. The Castle of Roddi was also the setting for the presentation of the “Sottosopra” (Upside Down) truffle stand, the new design object – conceived by Milanese architect Fabio Novembre and produced in collaboration with the Cooperativa Sociale Eta Beta in Bologna – that will be add value to the Alba White Truffle Kit.